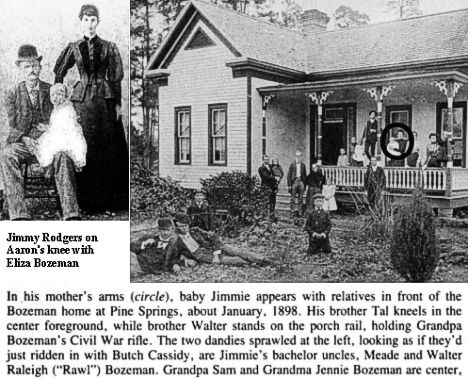 I have already managed to help David Bozeman of Dallas Texas find his links to ancestors back to the late 1600's and I'm working on the genealogy of five more interested Bozeman's; Ed Bozeman of Memphis, Doug Bozeman of Wichita KS, Bo Bozeman of Birmingham, AL, Paige Bozeman of Knoxville, TN, and Connie Bozeman of Houston, TX.

If you are interested go to the Bozeman Genealogy site and join up.
Posted by Barry Bozeman at 2:04 PM No comments:
Email ThisBlogThis!Share to TwitterShare to FacebookShare to Pinterest
Labels: Bozeman Genealogy, Facebook

WELCOME TO THE BOZEMAN FAMILY BLOG 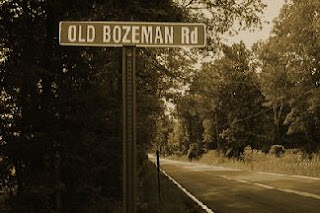 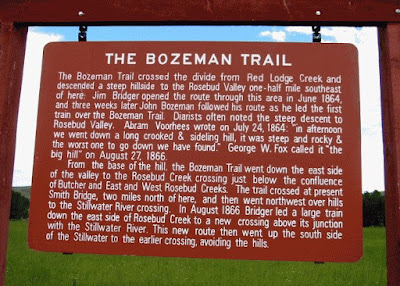 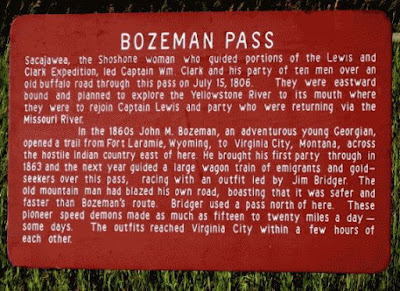 AND REFLECTIONS OF OUR PAST AND OUR PRESENT 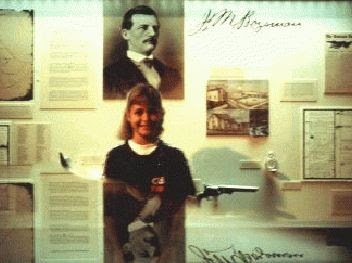 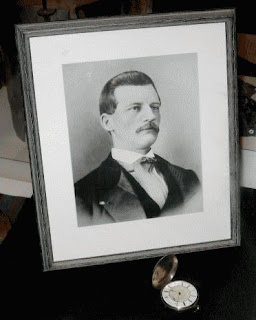 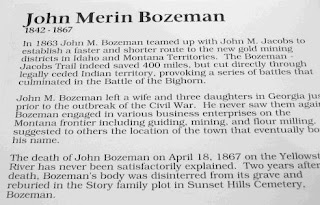 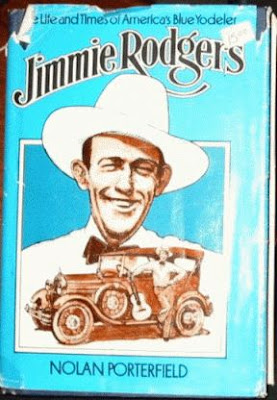 YOU HAVE A PLACE HERE TO CATCH UP ON BOZEMAN'S EVERYWHERE
Posted by Barry Bozeman at 12:01 PM 1 comment:
Email ThisBlogThis!Share to TwitterShare to FacebookShare to Pinterest

The UNIVERSITY OF TENNESSEE VOLUNTEERS played AUBURN UNIVERSITY in the 2004 SEC CHAMPIONSHIP GAME in Atlanta, GA. - Judge C. Howard Bozeman and 3 of 4 sons took the opportunity to explore the sites I located near the Pickens - Cherokee Co. line to see the area where Amos and Nancy and Silas Newton and Eliza Bozeman lived from the 1830's onward.

Go to
MAPQUEST and type in Marblehill GA. to get a map of the area.

The Four Mile Baptist Church had services every other Sunday while the Conn's Creek Baptist the alternate Sundays. Many of the members were employed by the marble quarry at Marble Hill. These were not slave holding plantation owners but all of the sons and sons-in-law of Amos and Nancy Tarbutton Bozeman were part of the Confederate Army and spent the war in grey. Amazingly not one was killed or seriously wounded.
Following the end of the war, one of the enforcers left in charge of the area had taken a plow belonging to Silas Newton a man named Arwood. Silas Newton saw him with the plow and while attempting to retrieve his property was killed with a pitchfork.
Silas Newtons son Samuel Bozeman & wife Cynthia Mann Bozeman left for Concord, TN with son Harrison Newton and eventually had 4 sons and 4 daughters. The youngest of which Artie Claude was my Grandfather.

Judge Charles Howard Bozeman, David Bozeman and Dr. Charles H. Bozeman II at the old church at Conn's Creek "constituted" in 1847. This is directly across from the entrance of the newer building above.

Four Mile Baptist Church seen from the cemetery across the road.
There are dozens of Darbys, Ingrams, and Bozemans and other relatives buried here.

We met our cousin Lindsay Petty during the Sunday service at Four Mile Baptist Church. Lindsay is the great x 3 grandson of John K. Bozeman who was the elder brother of Silas Newton Bozeman who is my great-great grandfather and fourth son of Amos and Nancy Tarbutton Bozeman.

The sign at Bozeman Lane possibly named for Tillman Bozeman who had a store nearby.
Tillman was a descendant of Amos and Nancy Tarbutton Bozeman

Doctor Ingrams dedication to the research on BOZEMAN FAMILY HISTORY has been an inspiration. He can be contacted through our Facebook Group where you can find many documents he produced with detailed information on the Bozeman Family Name.


If anyone would like to see any of the rest of the pictures from this trip please leave a comment in the "Comments" just below this line with your e-mail address and I will send you a link to the photo album on Snapfish. There are pictures of many of the descendants of Amos and Nancy's tombstones in Four Mile, Refuge, and Cool Springs cemetaries in Pickens County Georgia.
Posted by Barry Bozeman at 1:13 AM 1 comment:
Email ThisBlogThis!Share to TwitterShare to FacebookShare to Pinterest

JUNE 12, 2004 - 60th Anniversary of the marriage of Judge C. Howard Bozeman to Barbara Newman Bozeman celebrated by 4 sons & grandchildren & their families. A 2 week excursion by air to Denver CO and by vehicle to Bozeman Montana, Yellowstone/Grand Tetons, and the Chief Joseph Highway along the route of THE BLOODY BOZEMAN TRAIL.

This Historical Marker is 18 Miles East of Bozeman

Bozeman Tombstone Text: In Memory of John M. Bozeman Aged 32 years Killed by Blackfeet Indians on the Yellowstone April 18 1868 (Evidence now disputes the cause of death attributing it to his partner - not the Blackfeet.) John M. Bozeman left Cherokee Co GA prior to the Civil War to search for his father who (unbeknownst to John M. had died aboard ship) headed for the 49er gold rush in California.
John M. Bozeman was grandson of Amos and Nancy Tarbutton Bozeman who were living in Cherokee Co Georgia in the 1830's following the removal of the Cherokee during the TRAIL OF TEARS. John M. became a wagon master leading wagon trains through the Powder River area of Wyoming from Cheyenne to Sheridan and into the gold fields of Gallatin MT and was one of the first settlers of Bozeman and from whom the town takes it's name

EXHIBIT IN THE MUSEUM OF THE ROCKIES
AT MONTANA STATE UNIVERSITY  BOZEMAN MONTANA.

Bozeman picture and watch in Museum of the Rockies Exhibit

BOZEMAN MONTANA is a beautiful town in a picturesque area filled with art galleries and shops with intereting restaurants like many towns that grow up around universities.

Bozeman Opera House stained glass at the Museum of the Rockies

The C. Howard and Barbara Bozeman Family on Main Street

Each street lamp on Main Street has flowers and this banner.

Posted by Barry Bozeman at 11:02 AM No comments:
Email ThisBlogThis!Share to TwitterShare to FacebookShare to Pinterest

What is the BOZEMAN blog?

Blog is short for Weblog - a diary or log book of dated entries on a given subject(s).
The BOZEMAN blog is the creation of Barry Bozeman and is intended for use by any BOZEMAN or anyone related to a BOZEMAN as a resource to communicate with and keep up with BOZEMAN genealogy and the whereabouts and activities of BOZEMAN relatives.

You can post messages to this blog in the "COMMENT" sections below each entry OR you can contact the creator by e-mail at the address listed above.

You can e-mail pictures and text to aurabass(at)hotmail.com and I will process them to an appropriate file size and upload them to this site, OR you can become a member with posting priviledges.

Thank you for visiting BOZEMANIA - the BOZEMAN blog and be sure to bookmark your browser and come home often.

Barry Bozeman
Posted by Barry Bozeman at 7:30 AM 1 comment:
Email ThisBlogThis!Share to TwitterShare to FacebookShare to Pinterest 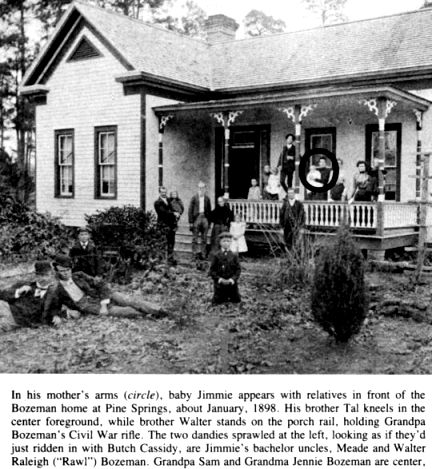 Posted by Barry Bozeman at 12:00 PM No comments:
Email ThisBlogThis!Share to TwitterShare to FacebookShare to Pinterest

A very happy birthday wish for my wonderful daughter Allison
shown here in the Spring of 1975 with her mother Susan, Uncle Sam, and Me.

Born the first day of Spring in 1975 she brought flowers and sunshine into our lives.
Posted by Barry Bozeman at 9:41 AM No comments:
Email ThisBlogThis!Share to TwitterShare to FacebookShare to Pinterest

In case you are wondering who to blame for this blog:

On Nov. 1, 2003 I gave away the beautiful bride, my wonderful daughter Allison, to a great groom, her husband Ben Lawhon, during the "PERFECT" wedding.
It was 75 degrees without a cloud in the sky over Cashiers, NC.

My brothers and our parents:

My Bozeman Line goes like this
Father Charles Howard (b. 1918) Knoxville, TN. and Mother Barbara Ann Newman Bozeman
Grandfather Artie Claude (b. 1896 Knoxville, TN) and grandmother Mary Ely Arnwine
This is Art sitting on the table with the cat with brothers Charley Prince and Walter (Buster) 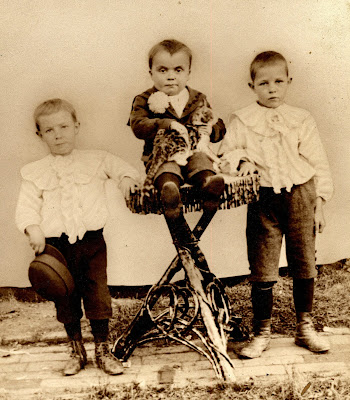 We still have the table and possibly the cat in it's 9th life. 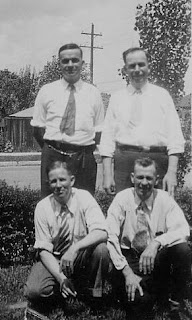 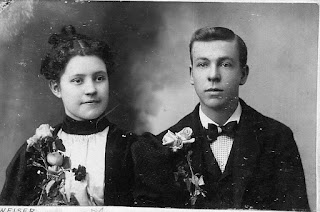 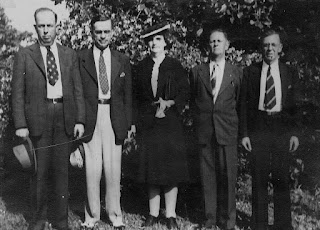 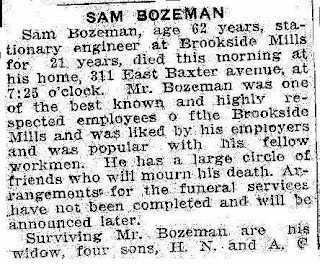 
Great-grandfather John Samuel (b. 1860 in Cherokee Co. GA.) and Cynthia Ann Mann
his father Silas Newton (b. 1836 in Cherokee Co.) and Eliza Parrish

We have no pictures of John Samuel or Silas Newton, but this is a picture of Silas brother John K. 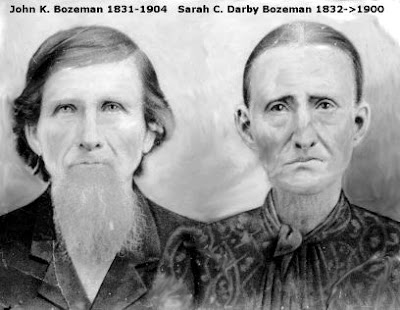 Silas Newton was a son of Amos (b. 1799 NC or SC) and Nancy Tarbutton Bozeman

Amos said that his father was Samuel and his mother Rachel. DNA testing indicates that Amos descended from James (b. 1720) and Martha Bozeman of Edgecomb Co NC. 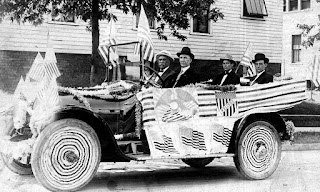 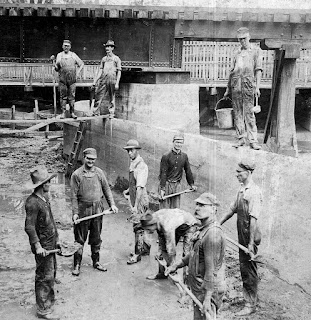 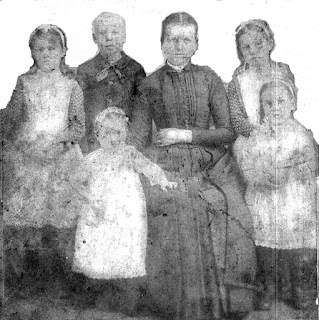 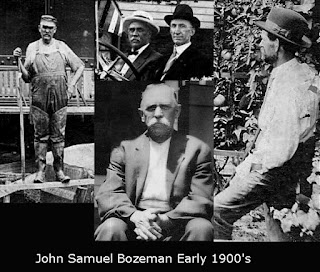 
On Mother's side of the family
Barbara Ann Newman Bozeman's father was Russell Austin Newman (b. 1894) pictured here on the lap of father Robert Sneed Newman (b. 1854) 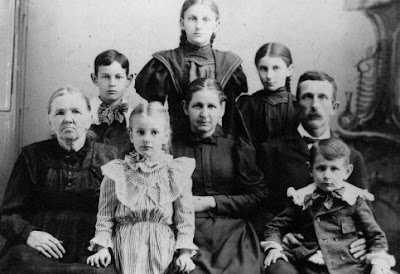 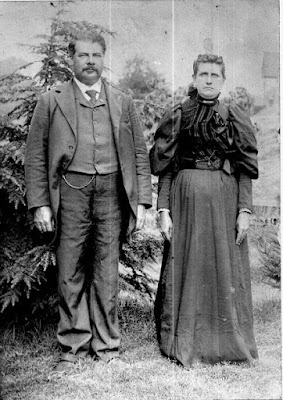 Posted by Barry Bozeman at 11:48 AM No comments:
Email ThisBlogThis!Share to TwitterShare to FacebookShare to Pinterest
Older Posts Home
Subscribe to: Posts (Atom)